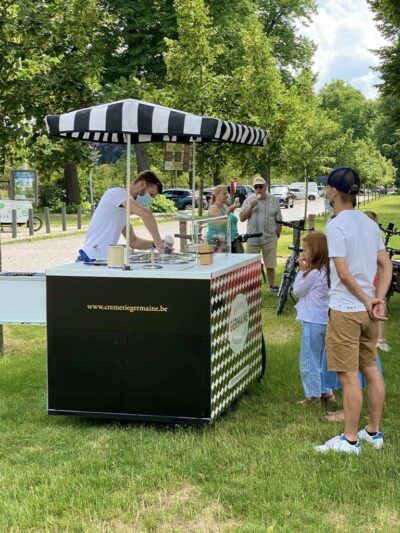 We can't call Jort Collijn from Antwerp anything else but a real creative! What started as a so-called “crazy idea” grew into an ingenious, sustainable cool project.

Jort approached us because he wanted to develop a fully electric gelato bike. To put his idea into practice, he needed a battery-powered freezer. Our cooling experts were caught up in his idea. They teamed up and worked out a user-friendly, compact, and Plug & Play prototype that could potentially be commercialised for mass production.

Cooling technology, development, and design at its best!

This summer, the gelato bike is driving around for the first time! You can even rent it to treat your colleagues or loved ones to refreshing ice cream.

Projects like this make our cooling hearts beat faster. We are proud to collaborate on this creative & environmentally friendly project and wish Jort success with his clever realisation!

Do you also have a creative cooling idea? Let us know and we’ll create it together.

Ready to play it cool?

No matter what kind of solution you are looking for, our experts never lose their cool. We would love to have a chat and talk about your ideas.